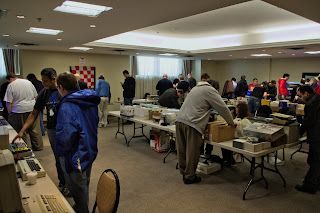 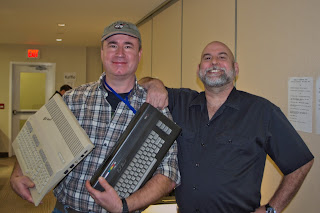 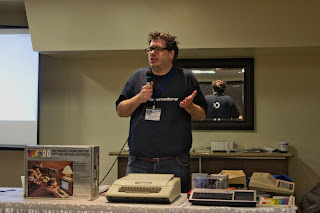 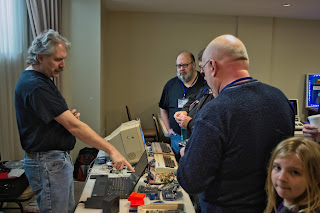 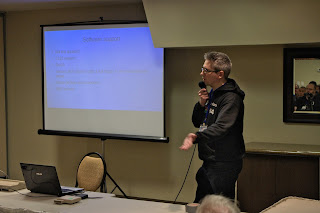 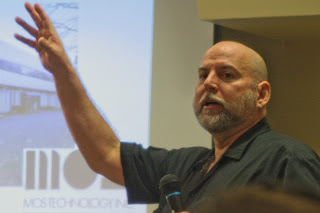 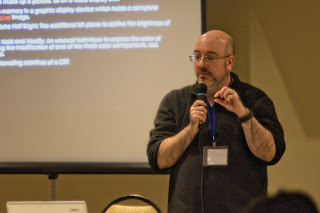 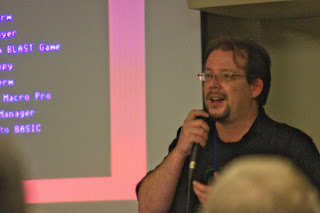 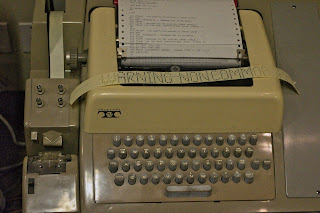 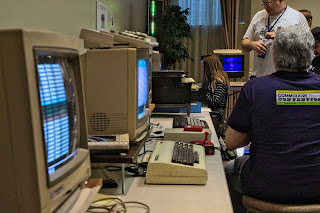 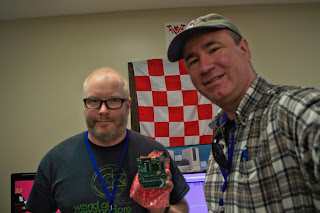 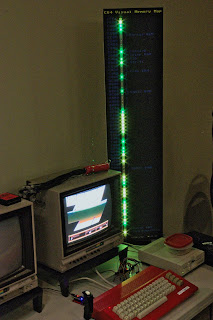 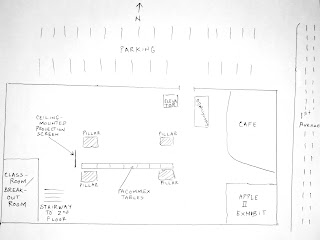 Here's a rough floor plan of the first floor exhibit area of the Living Computer Museum, our venue for the Pacific Commodore Expo NW.  Note where the PaCommEx tables will be, which is where museum attendees would have to cross to get to the stairway to the second floor.  (Layout not drawn to scale, as you can see the pillars are the same size as the elevator!  Wrong-o!)

Composite video from a Sears LXI 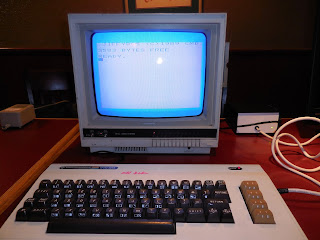 Here is what a Commodore VIC-20CR displays when the composite video is sent to a 13-inch Sears LXI television/monitor.  The LXI also has an IBM-type RGB digital connector in the back; when hooked up to a Commodore 128 outputing its 80-columns, the screen displays all the 16 C= colors except for Commodore brown.

In and around the Living Computer Museum

Here are some photos inside and outside of Seattle's Living Computer Museum, our venue for the Pacific Commodore Expo NW.  I was not permitted to take a photo of the LCM's first floor exhibit area (where we will have PaCommEx), because it was still under construction, and it was to be a surprise when it opens.  However, I was able to take photos of the small details and of the classroom/break-out room.

(photos by Ray Carlsen)
Ray Carlsen, veteran Commodore repair technician, has been producing his Commodore and Amiga heavy-duty power supplies for a few years.  http://personalpages.tds.net/~rcarlsen/custom%20ps.html However, he likes it when the monotony of building the same p.s. over and over again is broken.  That's when customers order "very custom" power supplies, ones that are out of the ordinary.

I like the above universal p.s. with the display (but I was thinking of one with a VU meter!). 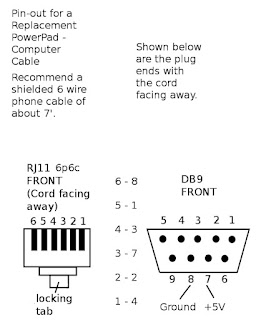 Hey, everybody!  If you need the pin-out of the special Commodore 64 cable for the Chalkboard PowerPad, here is the diagram.  Diagram courtesy of Mat A. via Roger V.P..

The July 29-30, 2017 Commodore Vegas Expo v13 will be at a different hotel, the California Hotel & Casino, 12 E. Ogden St., Las Vegas, Nevada, USA.  CommVEx will be in the second floor Maile Room.  Above are a photo and floor plan of the Maile Room (and its adjoining Ohana Room).

Some choice photos from Amiwest 2016

Here are some photos from Thursday and Friday at the Amiwest Show 2016. 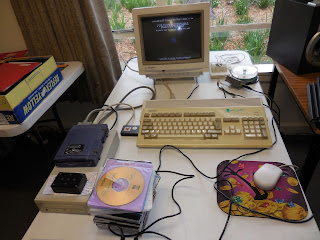 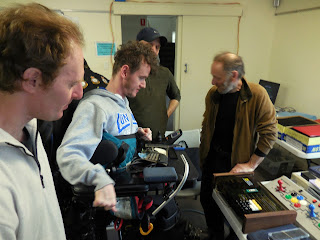 The Amiga User Group of Victoria (Melbourne) meeting began at 2 p.m. (I was one hour late) and didn't end until 2 a.m.!  http://www.aug.org.au/  The longest club meeting I had ever attended.  Thank goodness there was a break for dinner, and friends Damien Stewart and James Plummer brought me to a nearby restaurant for take-away lamb and chicken shwarma.