This month's May SCCAN and FCUG meetings were very successful again.  Though I had brought Amiga and Commodore goodies for the SCCAN members to see, Jess C. made one of his infrequent visits -- this time with an ailing Amiga 1200.  We spent most of the meeting, trying to diagnose and cure the problems in the machine.  By the end of the meeting, several of the problems were fixed, and he was happy.  We also looked at Matt's pricey MIST (aMIga/atari ST) FPGA computer and a far cheaper Raspberry Pi running VICE (with its PET/VIC-20/C64/C128 emulations). 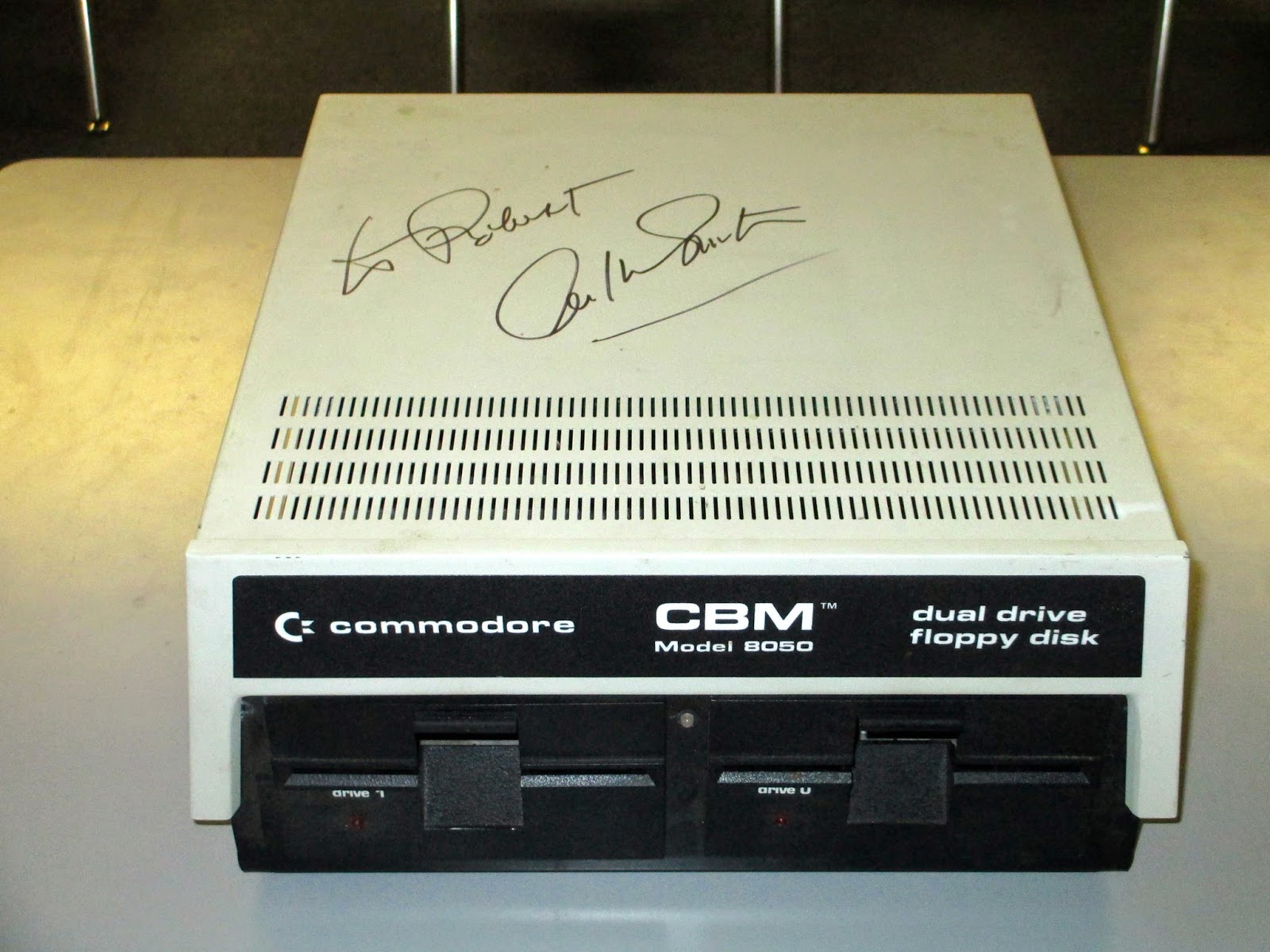 As mentioned at http://blog.retro-link.com/2014/02/the-commodore-b128-from-amiwest-show.html , I picked up a Commodore B128 system at the Amiwest Show 2013.  Well, here is a photo of the working CBM 8050 drive that came in the system.  Now it bears the autograph of author/producer/director/actor William Shatner, who autographed it in late April.  Bill Shatner advertised the Commodore PET and VIC-20 back in the day.