In an October visit to Ray Carlsen, I left him Commodore SX-64's to repair and upgrade and disk drives to clean, lube, and upgrade.  In a few days I came back, and all was repaired!  Ready to go!  I also bought a bunch of Commodore/Amiga external power supplies from him and a C64-to-s-video cable. http://personalpages.tds.net/~rcarlsen/ 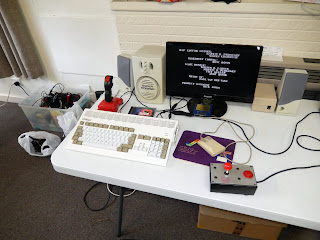 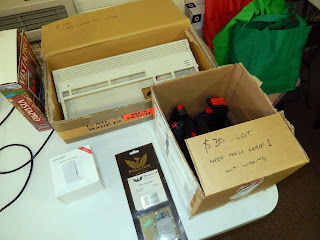