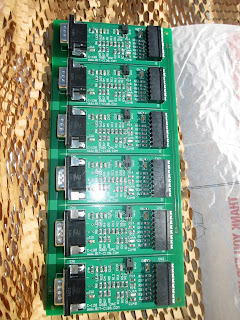 Engineer John Carlsen is now producing his C128 VGA adapter, albeit in limited quantities.  The production model, seen above, will be sold at the July 18-19 Commodore Vegas Expo v11 2015.  His webpage is

His adapter is said to be the most accurate in color rendition, because he measured the signals being received in a Commodore 1084 monitor.

For previous news on his adapter, see